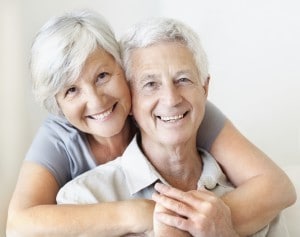 The Media loves a good headline. And, it seems, so do we. Unfortunately, in hyping-up the message into a single sound-byte, much of the important details tend to fall on the cutting-room floor. The result can be a story that is misleading at best, or entirely false, at worst. Recently, a story linking gum disease and Alzheimer’s may have fallen victim to this sort of story shortening. Since neither are concerns to take lightly, we thought we’d take a look at the facts, so you can cut through the muck and understand what the news is really about.

In 2013, when reports started to circulate there was a link between gum disease and Alzheimer’s, people became concerned their brushing habits, or lack thereof, could contribute to this debilitating disease. Understandably, adjusting a poor oral health care routine for the better to avoid a disease is a step in the right direction. But, anxiety-ridden about brushing and flossing you do not need to be. Here are the facts as per the Alzheimer’s Association.

What the Research Says

• The study found that substances on the surface of the bacterium (P. gingivalis) (lipopolysaccharides) were present in the brain tissue of four out of 10 recently deceased people who had Alzheimer’s. It was found in zero out of 10 age-matched patients who did not have Alzheimer’s. The bacteria itself was not found in the brain tissue of any people.

• P. gingivalis is commonly found in chronic periodontal (gum) disease, and, if there is significant dental disease, it can enter the bloodstream through such everyday activities as eating, brushing teeth and invasive dental treatments. While in the bloodstream, the bacteria can settle on heart valves and damage them.

• However, no bacteria have been reported in the brains of patients with gum disease, as the brain is an immunologically well-protected organ, more so than any other.

• These types of studies show an association between gum disease and Alzheimer’s disease, but do not prove causation.

• The number of subjects is extremely small to make a definitive conclusion, and the finding could have occurred simply by statistical chance.

• Only four out of 10 subjects with Alzheimer’s had such changes, not 10 out of 10. If the gum disease was causative, one would expect more than just a minority of patients exhibiting the lipopolysaccharides.

• Finally, what if very early stage dementia caused people to actually brush their teeth less often, or altered their dietary intake? They would be at risk of developing gum disease. But the gum disease would have resulted from the early dementia, not vice versa.

• It is also important to note that previous studies have shown links between gum disease and other illnesses, including heart disease and certain forms of cancer; these findings are not specific to Alzheimer’s.

• The study is important and should be followed up with larger sample sizes, but given the above limitations, the study does not show that brushing teeth reduces the risk of dementia, or that gum disease can lead to dementia.

Remember, always go to the source when the news is over and you’re done panicking about the next illness you’re going to acquire. As dental professionals, we do want you to take care of your teeth, and we do want you to be aware that decisions you make while healthy can and will affect the health of your entire body. We don’t want you to be scared to death about every little thing the media would like you to be afraid of, however. So eat healthy, brush your teeth and be good to your body. That’s the best, and simplest, advice we can give you … without getting into more detail, of course!

Schedule your next appointment online and at your convenience.